Judo is a dynamic Olympic sport that demands both physical prowess and great mental discipline. From a standing position, it involves techniques that allow you to lift and throw your opponents onto their backs. On the ground, it includes techniques that allow you to pin your opponents down to the ground. Judo does not involve kicking, punching, or striking techniques of any kind. Instead, judo simply involves two individuals who, by gripping the judo uniform, use the forces of balance, power, and movement to attempt to subdue each other.

The word judo consists of two Japanese characters, Ju, which means “gentle”, and Do, which means “the way”. Judo, therefore, literally means the way of gentleness (although the gentleness may not be immediately apparent to newcomers who see bodies flying through the air and people pinned to the ground!). 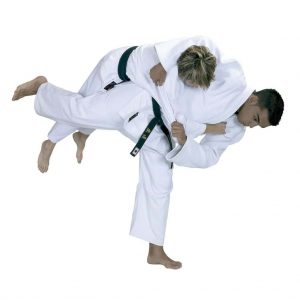